Self-Care for Caregivers During COVID-19 Outbreak

[this link will direct you to the Global Genes webpage]
https://globalgenes.org/2020/03/26/self-care-for-caregivers-during-covid-19-outbreak/

Advancing RAS/RASopathy therapies: An NCI-sponsored intramural and extramural collaboration for the study of RASopathies

RASopathies caused by germline pathogenic variants in genes that encode RAS pathway proteins. These disorders include neurofibromatosis type 1 (NF1), Noonan syndrome (NS), cardiofaciocutaneous syndrome (CFC), and Costello syndrome (CS), and others. RASopathies are characterized by heterogenous manifestations, including congenital heart disease, failure to thrive, and increased risk of cancers. Previous work led by the NCI Pediatric Oncology Branch has altered the natural course of one of the key manifestations of the RASopathy NF1. Through the conduct of a longitudinal cohort study and early phase clinical trials, the MEK inhibitor selumetinib was identified as the first active therapy for the NF1‐related peripheral nerve sheath tumors called plexiform neurofibromas (PNs). As a result, selumetinib was granted breakthrough therapy designation by the FDA for the treatment of PN. Other RASopathy manifestations may also benefit from RAS targeted therapies. The overall goal of Advancing RAS/RASopathy Therapies (ART), a new NCI initiative, is to develop effective therapies and prevention strategies for the clinical manifestations of the non‐NF1 RASopathies and for tumors characterized by somatic RAS mutations. This report reflects discussions from a February 2019 initiation meeting for this project, which had broad international collaboration from basic and clinical researchers and patient advocates.

Proceedings of the fifth international RASopathies symposium: When development and cancer intersect

This report summarizes and highlights the fifth International RASopathies Symposium: When Development and Cancer Intersect, held in Orlando, Florida in July 2017. The RASopathies comprise a recognizable pattern of malformation syndromes that are caused by germ line mutations in genes that encode components of the RAS/mitogen‐activated protein kinase (MAPK) pathway. Because of their common underlying pathogenetic etiology, there is significant overlap in their phenotypic features, which includes craniofacial dysmorphology, cardiac, cutaneous, musculoskeletal, gastrointestinal and ocular abnormalities, neurological and neurocognitive issues, and a predisposition to cancer. The RAS pathway is a well‐known oncogenic pathway that is commonly found to be activated in somatic malignancies. As in somatic cancers, the RASopathies can be caused by various pathogenetic mechanisms that ultimately impact or alter the normal function and regulation of the MAPK pathway. As such, the RASopathies represent an excellent model of study to explore the intersection of the effects of dysregulation and its consequence in both development and oncogenesis.

Rapid advances in genetics are linking mutations on genes to diseases at an exponential rate, yet characterizing the gene mutation–cell behavior relationships essential for precision medicine remains a daunting task. More than 350 mutations on small GTPase BRaf are associated with various tumors, and ∼40 mutations are associated with the neurodevelopmental disorder cardio–facio–cutaneous syndrome (CFC). We developed a fast cost-effective lentivirus-based rapid gene replacement method to interrogate the physiopathology of BRaf and ∼50 disease-linked BRaf mutants, including all CFC-linked mutants. Analysis of simultaneous multiple patch-clamp recordings from 6068 pairs of rat neurons with validation in additional mouse and human neurons and multiple learning tests from 1486 rats identified BRaf as the key missing signaling effector in the common synaptic NMDA-R–CaMKII–SynGap–Ras–BRaf–MEK–ERK transduction cascade. Moreover, the analysis creates the original big data unveiling three general features of BRaf signaling. This study establishes the first efficient procedure that permits large-scale functional analysis of human disease-linked mutations essential for precision medicine.

Potential Reuse of Oncology
Drugs in the Treatment of Rare Diseases

Cancer research has made remarkable progress with the help of advancing genomics techniques, resulting in more precise clinical application and many new anticancer drugs on the market. By contrast, very few treatment options are available for rare diseases that are often progressive, severe, and life-threatening. In this opinion we elaborate on the possible association between cancers and rare diseases across three different levels including clinical observation, crosstalk between germline mutation and somatic mutation, and shared biological pathways. Consequently, by utilizing systematic drug-repositioning approaches, and taking safety issues into consideration, we suggest that oncology drugs have great potential for reuse in the treatment of rare diseases.

Abstract: Germ-line mutations in components of the Ras/MAPK pathway result in developmental disorders called RASopathies, affecting about 1/1,000 human births. Rapid advances in genome sequencing make it possible to identify multiple disease-related mutations, but there is currently no systematic framework for translating this information into patient-specific predictions of disease progression. As a first step toward addressing this issue, we developed a quantitative, inexpensive, and rapid framework that relies on the early zebrafish embryo to assess mutational effects on a common scale. Using this assay, we assessed 16 mutations reported in MEK1, a MAPK kinase, and provide a robust ranking of these mutations. We find that mutations found in cancer are more severe than those found in both RASopathies and cancer, which, in turn, are generally more severe than those found only in RASopathies. Moreover, this rank is conserved in other zebrafish embryonic assays and Drosophila-specific embryonic and adult assays, suggesting that our ranking reflects the intrinsic property of the mutant molecule. Furthermore, this rank is predictive of the drug dose needed to correct the defects. This assay can be readily used to test the strengths of existing and newly found mutations in MEK1 and other pathway components, providing the first step in the development of rational guidelines for patient-specific diagnostics and treatment of RASopathies.

Can a cancer drug treat a rare cardiac disease?

Not only does this webpage search and show abstracts, but it can also get you to the full document (either via a subscription page or the .pdf if it is available) as well as statistics, which includes top terms; top year publications; top countries; top cities; top journals; top authors; publications over time; world map; and network of top authors.

Give it a try!

[With thanks to Beth Stronach for sharing this] 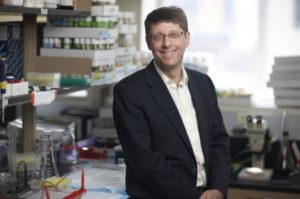 Summary:
Using advanced stem cell technology, scientists have created a model of a heart condition called hypertrophic cardiomyopathy (HCM) — an excessive thickening of the heart that is associated with a number of rare and common illnesses, some of which have a strong genetic component.
http://www.sciencedaily.com/releases/2016/08/160830212133.htm

Pathogenesis of the RASopathies

Abstract
The RASopathies are defined as a group of medical genetics syndromes that are caused by germ-line mutations in genes that encode components or regulators of the Ras/mitogen-activated protein kinase (MAPK) pathway. Taken together, the RASopathies represent one of the most prevalent groups of malformation syndromes affecting greater than 1 in 1,000 individuals. The Ras/MAPK pathway has been well studied in the context of cancer as it plays essential roles in growth, differentiation, cell cycle, senescence and apoptosis, all of which are also critical to normal development. The consequence of germ-line dysregulation leads to phenotypic alterations of development. RASopathies can be caused by several pathogenetic mechanisms that ultimately impact or alter the normal function and regulation of the MAPK pathway. These pathogenetic mechanisms can include functional alteration of GTPases, Ras GTPase-activating proteins, Ras guanine exchange factors, kinases, scaffolding or adaptor proteins, ubiquitin ligases, phosphatases and pathway inhibitors. Although these mechanisms are diverse, the common underlying biochemical phenotype shared by all the RASopathies is Ras/MAPK pathway activation. This results in the overlapping phenotypic features among these syndromes.

The Splicing Efficiency of Activating HRAS Mutations Can Determine Costello Syndrome Phenotype and Frequency in Cancer.

Costello syndrome (CS) may be caused by activating mutations in codon 12/13 of the HRAS proto-oncogene. HRAS p.Gly12Val mutations have the highest transforming activity, are very frequent in cancers, but very rare in CS, where they are reported to cause a severe, early lethal, phenotype. We identified an unusual, new germline p.Gly12Val mutation, c.35_36GC>TG, in a 12-year-old boy with attenuated CS. Analysis of his HRAS cDNA showed high levels of exon 2 skipping. Using wild type and mutant HRAS minigenes, we confirmed that c.35_36GC>TG results in exon 2 skipping by simultaneously disrupting the function of a critical Exonic Splicing Enhancer (ESE) and creation of an Exonic Splicing Silencer (ESS). We show that this vulnerability of HRAS exon 2 is caused by a weak 3′ splice site, which makes exon 2 inclusion dependent on binding of splicing stimulatory proteins, like SRSF2, to the critical ESE. Because the majority of cancer- and CS- causing mutations are located here, they affect splicing differently. Therefore, our results also demonstrate that the phenotype in CS and somatic cancers is not only determined by the different transforming potentials of mutant HRAS proteins, but also by the efficiency of exon 2 inclusion resulting from the different HRAS mutations. Finally, we show that a splice switching oligonucleotide (SSO) that blocks access to the critical ESE causes exon 2 skipping and halts proliferation of cancer cells. This unravels a potential for development of new anti-cancer therapies based on SSO-mediated HRAS exon 2 skipping.

Childhood rhabdomyosarcoma (RMS) accounts for approximately 3.5% of cancer cases among children 0 to 14 years of age. Genetic conditions associated with high risk of childhood RMS include Li-Fraumeni syndrome, pleuropulmonary blastoma, Beckwith-Wiedemann syndrome, and some RASopathies, such as neurofibromatosis type 1, Costello syndrome (CS), and Noonan syndrome (NS). Here, we report the rare case of a 4-year-old girl with clinical features of NS who developed an embryonal RMS of the chest and needed emergent treatment. Molecular genetic testing identified a de novo, large, mosaic duplication of chromosome 2 encompassing the SOS1 gene, presumably caused by a mosaic, unbalanced translocation between chromosomes 2 and 17 found on routine cytogenetic analysis. Sequence analysis of all known genes causing Noonan spectrum disorders was negative. RMS has been reported in a few patients with NS, associated in very few with germline SOS1 mutations, but none with copy number abnormalities. This is the first report to our knowledge of early-onset RMS developing in a child with features of NS and a mosaic RAS pathway gene aberration, a large SOS1 duplication. We hypothesize that the inciting event for tumor development in this case is due to the germline mosaic duplication of SOS1, which was duplicated in all cells of the tumor, and the ultimate development of the tumor was further driven by multiple chromosomal aberrations in the tumor itself, all described as somatic events in isolated RMS tumors.

RASopathies or RAS/mitogen-activated protein kinase (MAPK) syndromes are a group of phenotypically overlapping syndromes caused by germline mutations that encode components of the RAS/MAPK signaling pathway. These disorders include neurofibromatosis type I, Legius syndrome, Noonan syndrome, Noonan syndrome with multiple lentigines (formerly called LEOPARD syndrome), Costello syndrome, cardiofaciocutaneous (CFC) syndrome, Noonan-like syndrome, hereditary gingival fibromatosis and capillary malformation–arteriovenous malformation. Recently, novel gene variants, including RIT1, RRAS, RASA2, A2ML1, SOS2 and LZTR1, have been shown to be associated with RASopathies, further expanding the disease entity. Although further analysis will be needed, these findings will help to better elucidate an understanding of the pathogenesis of these disorders and will aid in the development of potential therapeutic approaches. In this review, we summarize the novel genes that have been reported to be associated with RASopathies and highlight the cardiovascular abnormalities that may arise in affected individuals.